Shooting ranks amongst Cambridge's oldest varsity sports and has links dating back to at least 1803 with the formation of the Cambridge University Rifle Volunteers. The University Revolver club was formed in 1902 and forged close links with the rifle club in 1909 which itself had been established as a University club two years earlier. The first varsity match between Oxford and Cambridge took place in 1908 at the NRA Imperial meet and was officially incorporated into the programme in 1909. Alumni of the club include Olympians and international medalists representing many different countries. The constitution of the club is here. 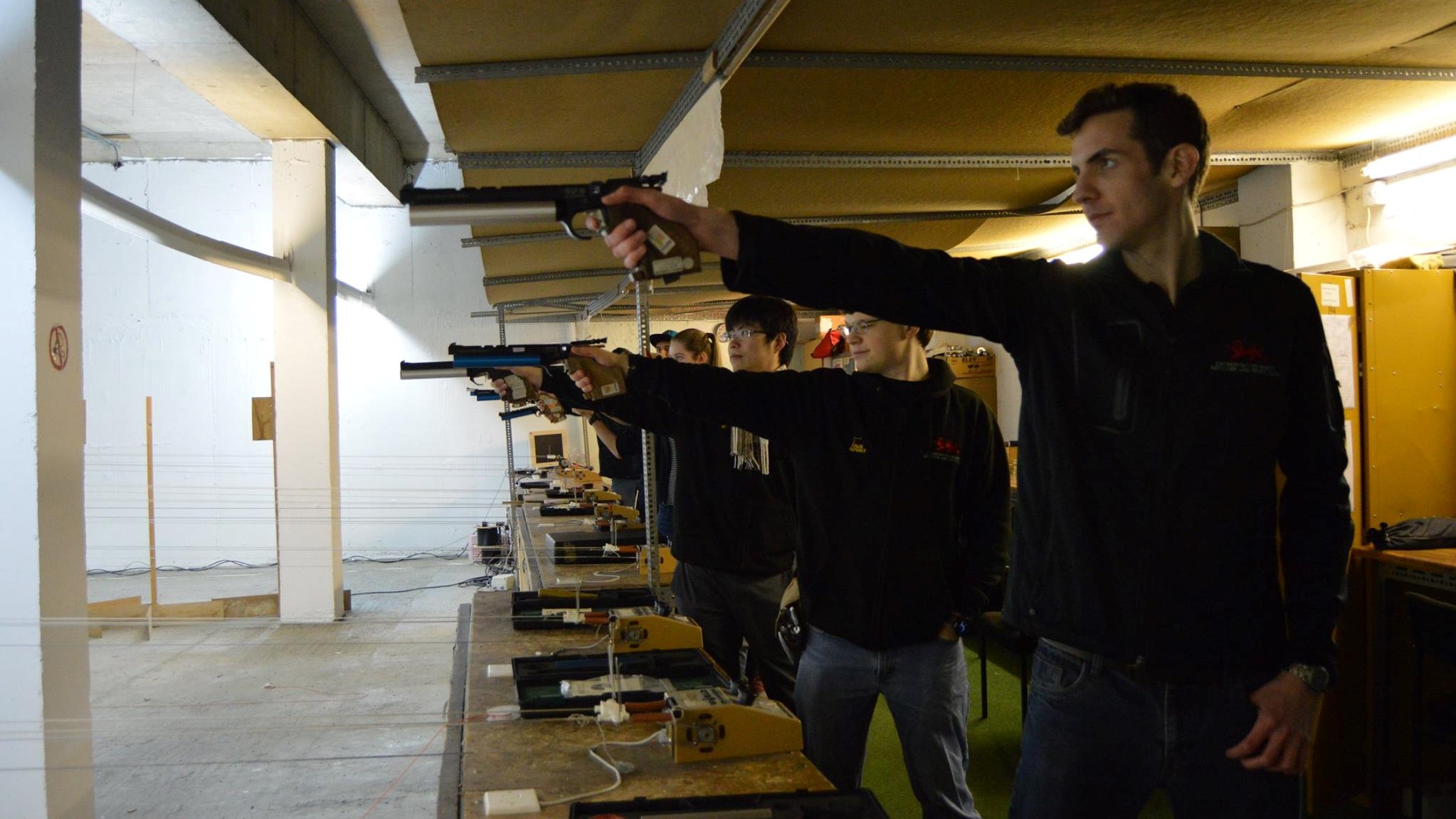 The 10m range, used on Wednesdays and Saturdays, is where the majority of the air pistol shooting takes place. It has mechanical target changers and an electronic target is available to top shooters. The 20yrd range is only available on Saturdays.

On the 20yd range we shoot .22 rifles of two types: lever-action as well as semi-auto Ruger 10/22s. We have 4 automated turning targets for timed shooting as well as 4 stationary targets. 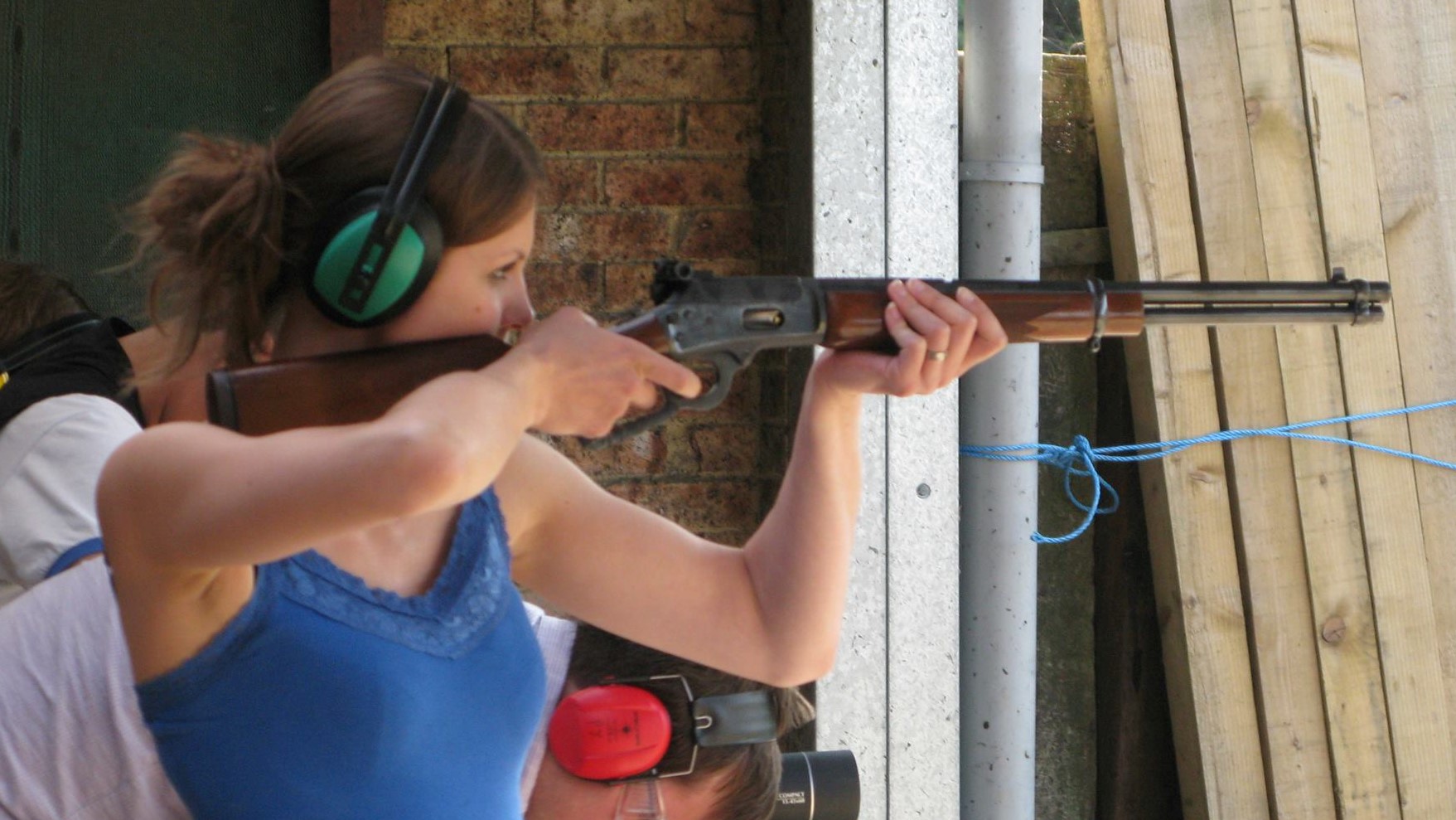 The Cambridge University revolver and pistol team is proud to be sponsored by Haendler & Natermann Sport GmbH, manufacturers of high precision ammunition and air pellets.

There are many opportunities to shoot in competitions during the year. None of the competitions are compulsory, but they come highly recommended as a way of tracking your performance, and there is always a competition to suit your standard:

Beginners' Competition: This is held near the beginning of Michaelmas term and is a chance for very new members to shoot against each other, with no old hands getting in the way, and win fantastic prizes! Handicap Match: Held in Michaelmas term, this is a chance for all members to shoot against each other with a handicap system to level the playing field. Past and Present Match: This is held at the end of Michaelmas term and is the first match of the academic year against Oxford and the alumni of each club. It's a fun day out at Bisley and a chance to shoot .357 gallery rifles. Varsity Match: This is the annual competition against Oxford, held in February. A First, Second and Ladies team, each of 4 people, shoot shoulder to shoulder with the Dark Side in Cambridge or Oxford. Anyone who shoots can earn a Half Blue by scoring over 500 out of 600. Usually tightly contested, this is a tense match and a great challenge! Imperial Meeting: This is an excellent opportunity to shoot at Bisley and is the main gallery rifle competition. There are several University competitions and a second Varsity match, this time with rifles. Only one team of 4 normally completes and there is another chance to earn a Half Blue by scoring above 90%. There is also quite a lot of silverware to be won. Postal Leagues: The NSRA and CTSA both run two leagues a year, winter and summer. These are postal competitions in which competitors shoot each round by a set date. There is no minimum requirement and competitors are entered into different groups depending on their average. Club members shoot their rounds during the normal club sessions and then hand in their targets to the organiser. Intershoot: Intershoot is an annual, international, three day competition held in The Hague and is a chance for club members to shoot against national squads from around the world. An excellent environment to improve your shooting and is extremely good fun. As an international event there is a qualifying score of 500/600 to enter. It runs early in the calendar year.